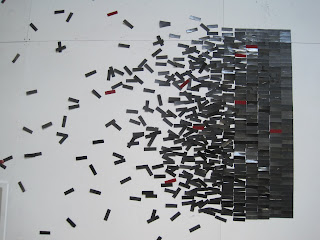 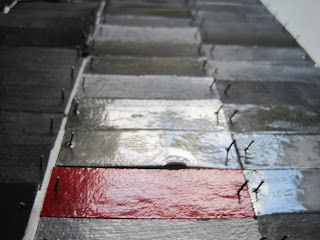 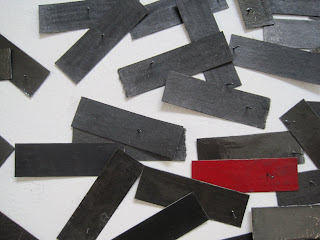 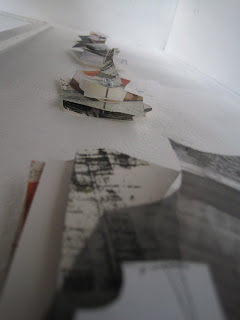 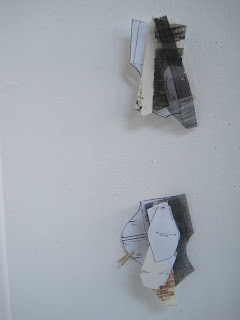 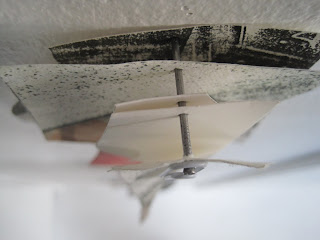 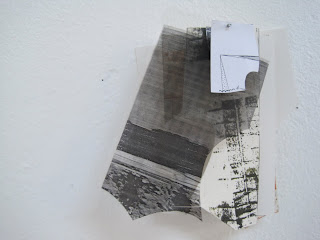 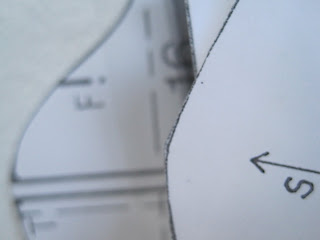 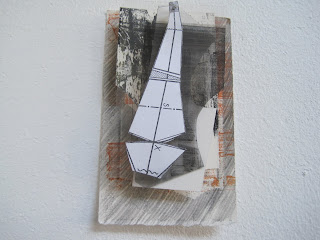 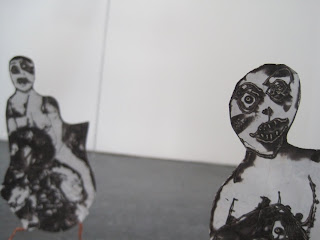 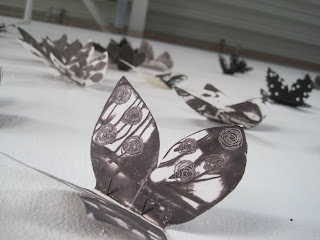 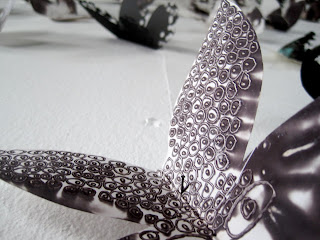 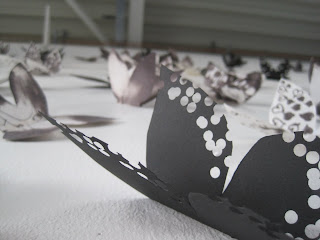 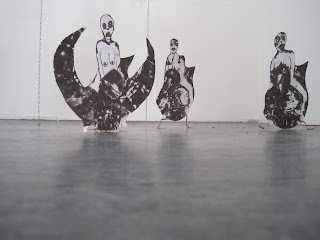 An Eyeful of Sound: How Synesthesia Works (animation)

So much of a figure based drawing workshop is about the form fitting on the paper - deciding upon / having a sense of a compositional outcome from the start.
What if that decision making is taken away because the environment is the initial subject matter?
Here an 'empty' space was mapped out - the room as constant -  a series of non-shifting verticals & horizontals.
The model (and furniture props) were introduced to the space. He / they had to be 'fitted' against, before, behind whatever position was decided upon. Sometimes a pose imposed upon another, sometimes a pose didn't fit on the paper, sometimes the life model didn't appear at all. 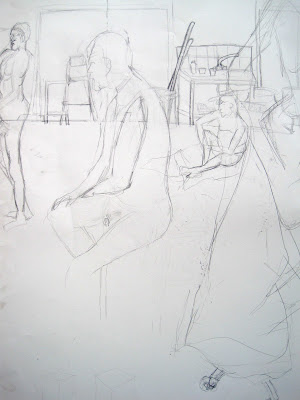 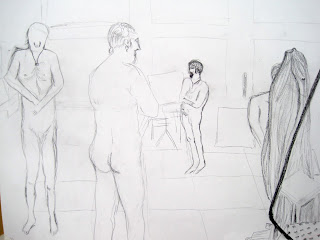 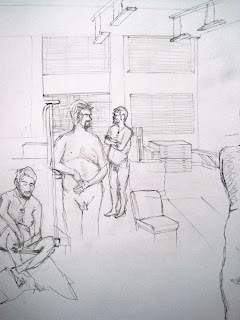 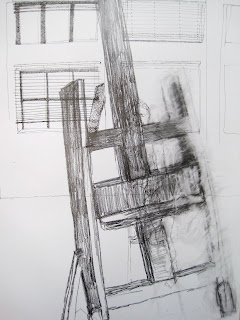 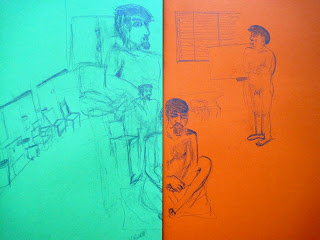 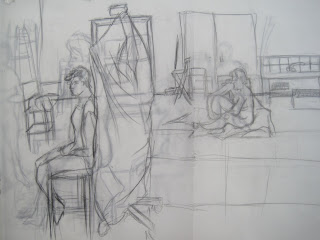 The drawing outcomes suggested a camera language: cropped borders, objects beyond the paper's format, a different compositional play.
It is this compositional play, and illusion of depth within the picture plane, which was used so expertly by Degas: 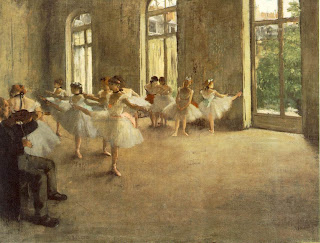 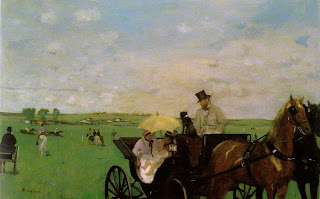 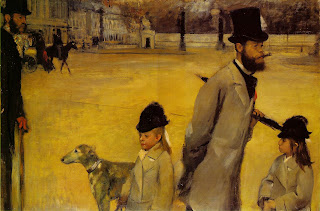 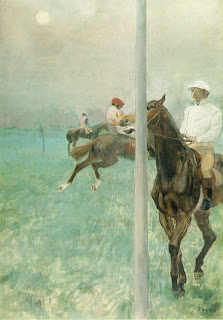 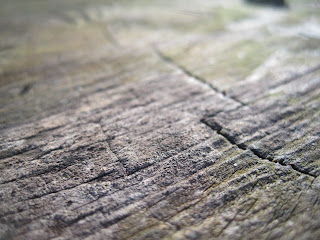 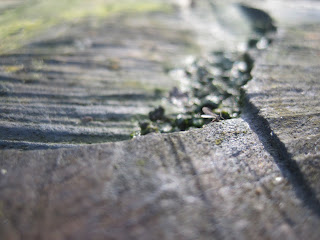 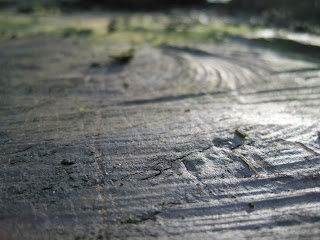 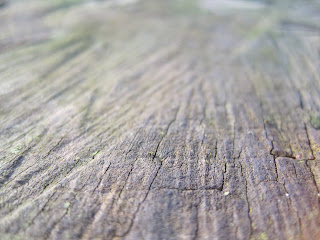 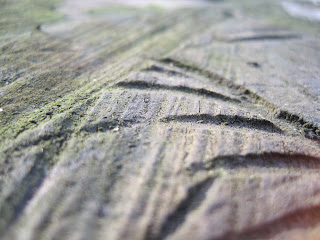 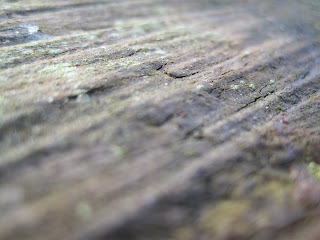